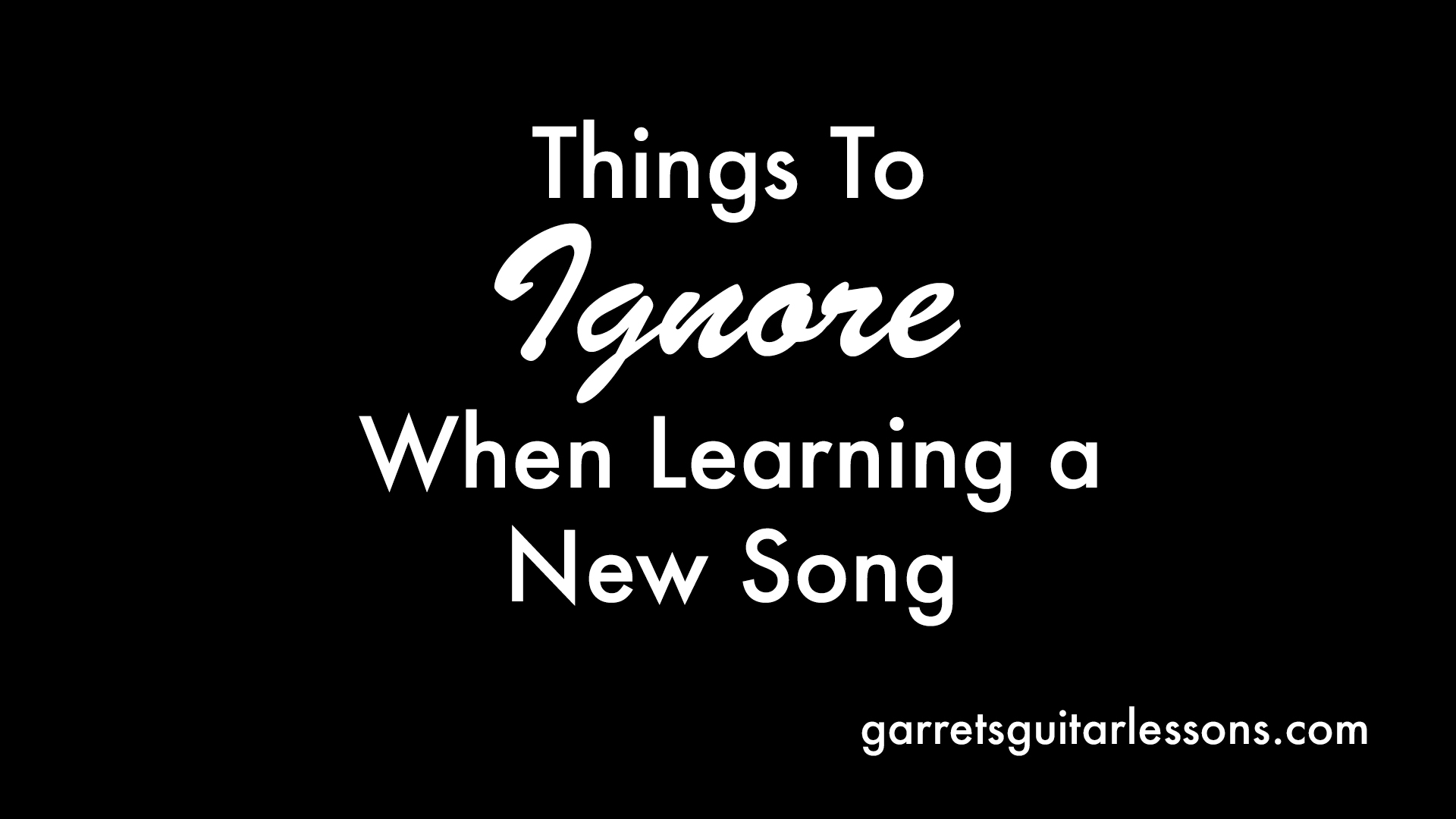 It’s a weird thing for me to point out, but a lot of song charts have information that isn’t vital to the song. Or rather the information provided is subjective to how important it is to a song.

This is a question I get often, especially from beginners: What’s a (insert funky chord name) chord, because I don’t know what it is but I want to play this song I found on Ultimate Guitar. The basic answer is, if you have a solid foundation of basic open chords, major and minor barre chords (both 6th string and 5th string), the beginning of the chord tells you everything you need to know and drop the things you don’t.

Let’s say a chord you run across a chord in a song that’s a Dmaj9. You don’t particularly know that chord but what to play the song… what to do?! Ignore the “maj9” part and play a D.

Minor chords typically has a lower case “m” after the name.
Major chords have nothing after them.

So here are some funky chords followed by what you should play if you don’t know the chord:

How about those pesky slash chords? Like G/B, C/E, Dm/F? Ignore the later half of that slash. Those chords tell you what the chord is (G for example) and then what the lowest note of the chord is (B). So you’d play a G chord but start the chord from the B note… hence G/B!

This isn’t to give those an excuse to ignore all the wonderful chord colors out there, but when your first starting out or don’t have as much experience with some of these goofy chords, drop what you don’t know!

I do have lessons talking about how to name a chord, some extended chords, add9 chords, slash chords (inversions) and most other things under my Free Lessons page and click on the “Chords” tab for when you’re ready to start learning those chords.

*I withdraw any responsibility for the accuracy of chord charts of any song on Ultimate Guitar. 🙂