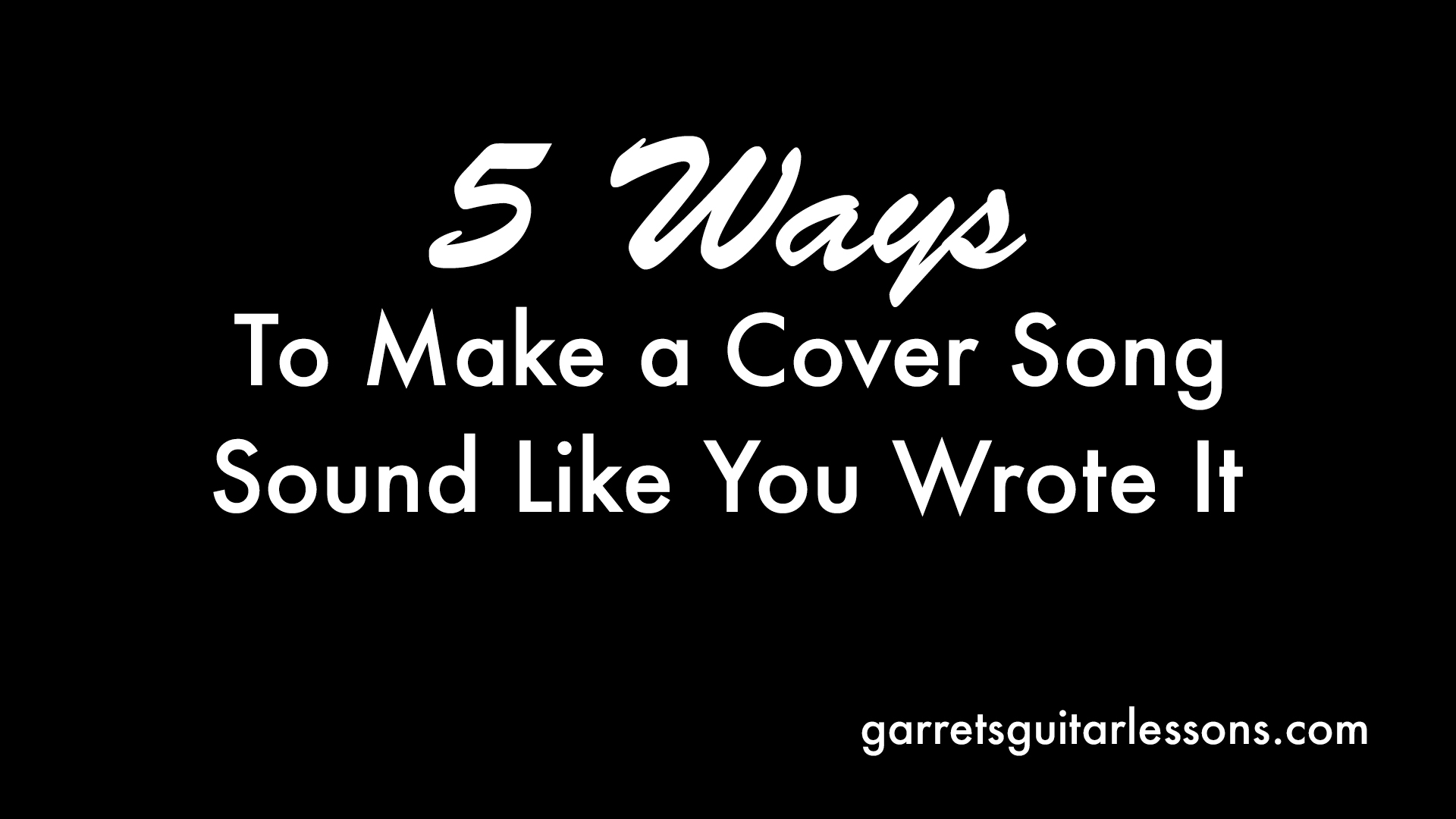 Have you ever heard a cover of a song that had such a fresh take of a song, it almost sounded like that person wrote it? One of my favorite aspects of music as a whole is how you can take a song and really make it to be whatever you want it to be. I am guilty of doing this all the time with my own interpretations. Here are some things that can help give your cover song a fresh make-over.

Try slowing down the song or speeding it up. Simple enough, and sometimes all the difference it needs.

If it’s a Bob Marley song, maybe try to think “What would it sound like if The Ramones wrote the song”. Or maybe the opposite, try playing a Ramones song as if Bob Marley wrote it.

Use Different Versions of the Chords Used

Let’s say the chords in the song is C – G – Am – F, try using some of the chords in different positions. In my “Capo Thinkage” video, I talk about using our capo to play different chord “shapes”.

Try Substituting Chords for Some Extended Chords and/or Add9

Here’s a video lesson I have on “How To Use Extended Chords”. The basic principle is: if there’s a Major chord – use a major 7, major 9, or major 6/9 – if there’s a Minor chord – use a minor 7, minor 9 or minor 11 – if there’s dominant 7 – use a 9, 13 or one of the crazy altered chords (7#5b9). Use your ears to hear if it’s too jazzy, but usually one or two can really make all the difference and really open up the song you’re working on. (Here’s a video of playing Extended Chords)

Add9 chords (video of Add9 Chords) can be another example of chords to substitute. You don’t have to overdue it and substitute every chord with an add9 chord (although, that can be cool on occasion), sometimes all it needs is just one of those chords to stick out. Here are some examples of my chord progression above (C – G – Am – F) with some of these ideas.

Again, these are just examples. Use your ears to try all sorts of combinations. Even different “versions” of the same chords can make all the difference. (Note on my add9 PDF there are two “versions” of Cadd9 for example)

Create Your Own Musical Theme As an Intro/Outro

All in all, one of my favorite aspects of learning songs and performing covers is that the crowd is typically already familiar with the song. Feel free to have a few covers in your arsenal that you took your time and nurtured as if they were your own.