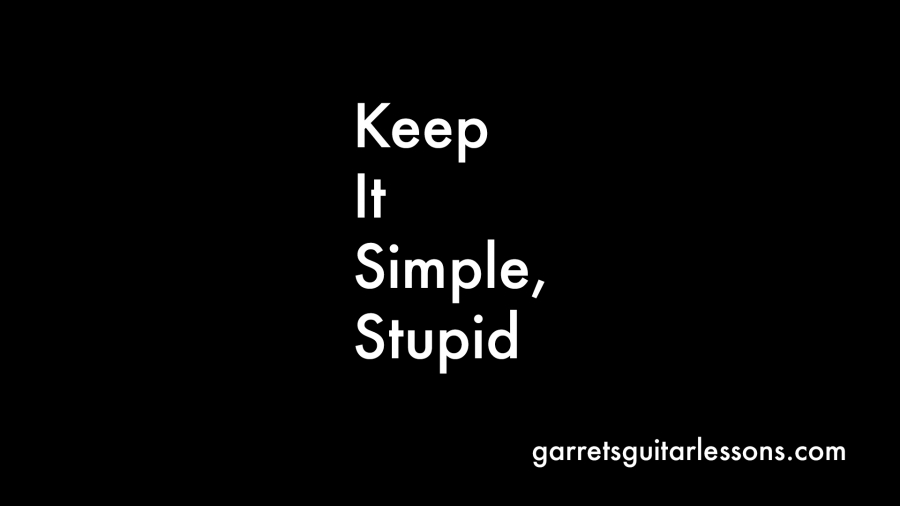 The Golden Rule of most music is: K.I.S.S. – keep it simple, stupid. A lot of times over complicating your part actually takes away from the over all effect you can have on the song as a whole. I can’t tell you in how many songs I perform sometimes just strumming a chord once per measure is all that’s needed to get the biggest effect. Over complicating it can make it feel forced.

Most music doesn’t need everything to be fresh, sometimes just one or two things can make all the difference. Start seeing how your guitar parts coincide with the other instruments or how you can add to what’s already being laid down. Outside of my last Video Lesson – “Setting Limits Within Your Solos” – which talks about how to limit what you’re playing, I want to focus in this post on how to sound good and get the most out of your role as a guitar player.

A majority of problems with being a musician can be fixed by this one thing: listening. If you spend your time focusing on what it is your doing without thinking of the other band members, nobody’s going to like playing with you. There are moments for you to shine, but good music comes from a band that listens to each other.

Listen to the recordings on your playlist a bit deeper, how much is the guitar actually doing?

2) Separate How You Treat Different Sections of the Song

There are some variations but most songs follow that basic formula. How can we make each section pop? I try to think of different volume/range of business for each section. 90’s Pop/Punk and NuMetal was a great example of this. You almost always had clean guitar (usually picking or palm muted) for the verses then crank that Boss Metal Distortion on with strumming for the Chorus.

While some of that wasn’t the best music made, it’s a clear example of what every song does. We can do a lot emulate that overall structure. Perhaps you have the same guitar tone throughout, your choice on what section of the song has a single note line or has open chord strumming can make a big impact.

I generally think the verses are tight and have limited rhythm parts while the chorus’ tend to be open and big. Bridges go either way, but try to make each part of the song it’s own part.

This is especially tough over songs that only four chord songs because you (and the band) have to work very hard to not make it sound or feel like it’s the same four chords over and over.

3) Allow Bass Players/Drummers to have their moment in the sun.

Not everything is guitar centric and even in guitar centric music, letting that cool bass line or cool drum part simmer makes the tune. Start thinking of simpler ways to go about making your presence known. Sometimes playing simpler parts or not even playing during a different section. Sometimes the drum/bass part of the song by itself makes your reentrance that more powerful.

4) Aim for Musicality – Not to Impress

I once heard a bystander compliment a bass player at a local festival about how technical the local bass player was. Problem was he was so busy, he stood out at the detriment of the song. While it’s impressive to see someone shred all over the place, the bass player stood out… not the song or the band. The band should all shine equally. Some players standing out from time to time is great, but the song should always be first. If it doesn’t serve the song, you showing off how good you are is essentially worthless.

This especially goes for guitar solos. Not every guitar solo has to include every cool technique you’ve ever learned or even all the notes in the world. There may be a few techniques that fit the song really well… cool! Use them. But save the other techniques for when they fit. Serving the song is priority number one.

It’s easy to think of all the cool things you can do to fill up space in a song. Especially in a trio or small band situation. I hope these tips make you more of a musician and less of just a guitar player. 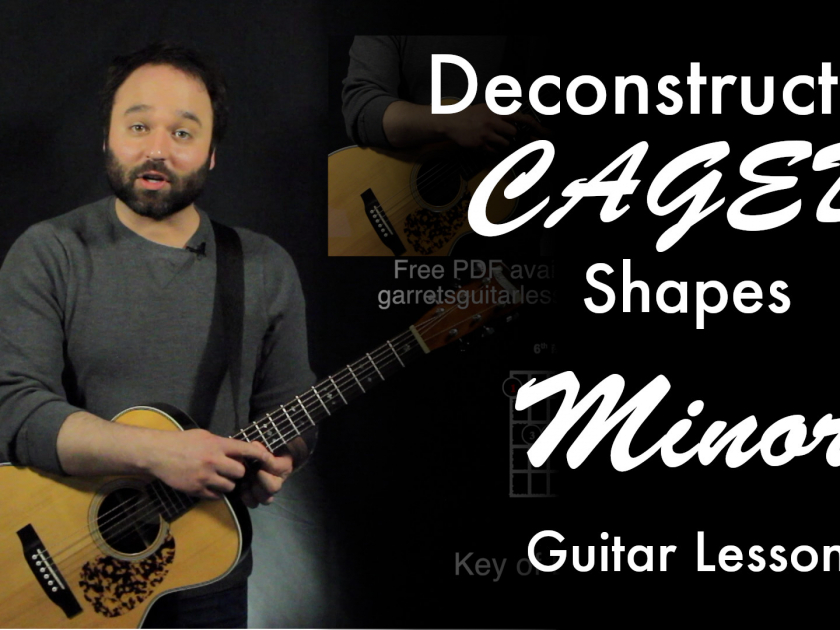 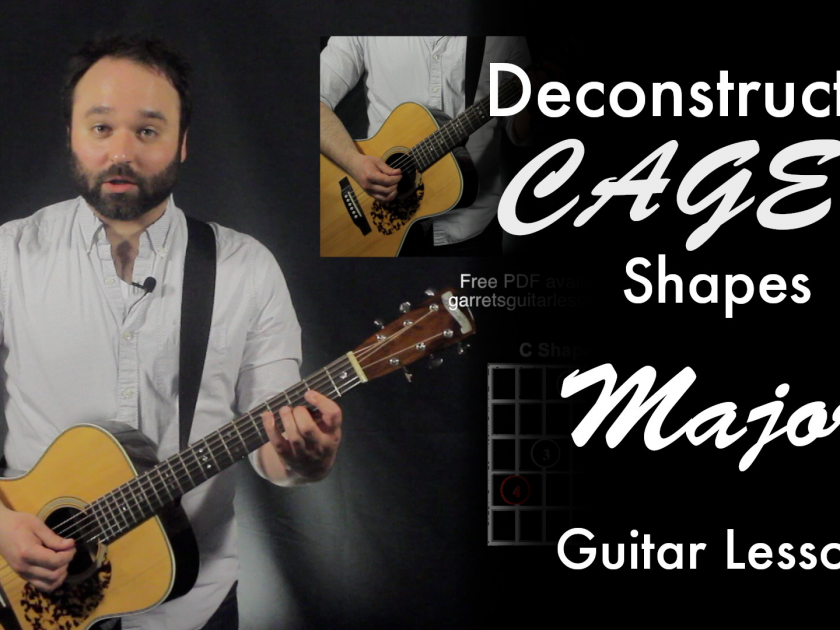 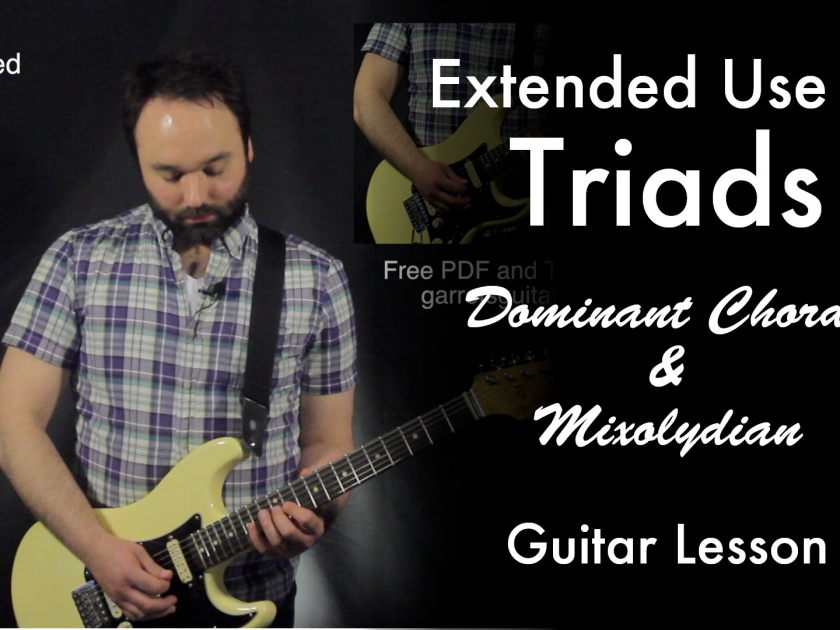 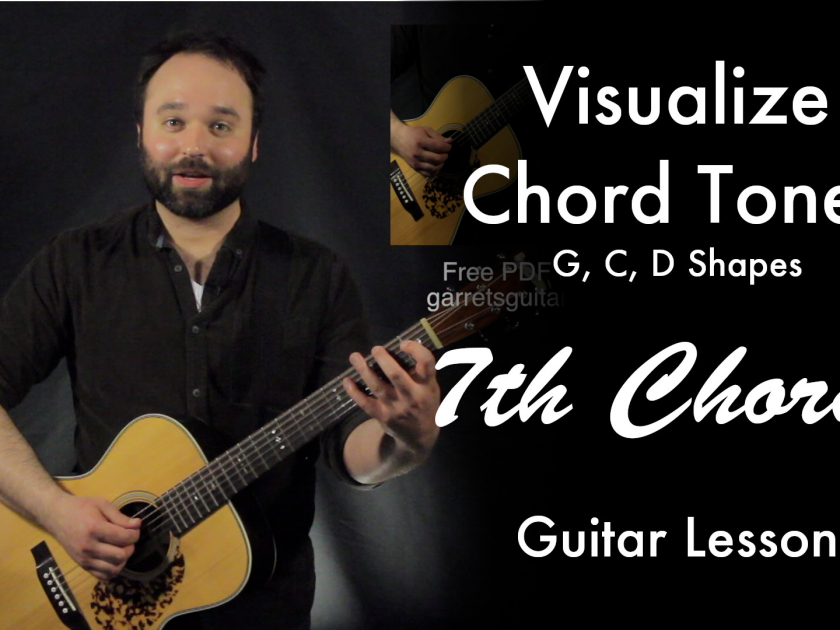 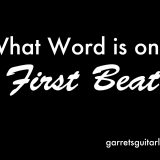