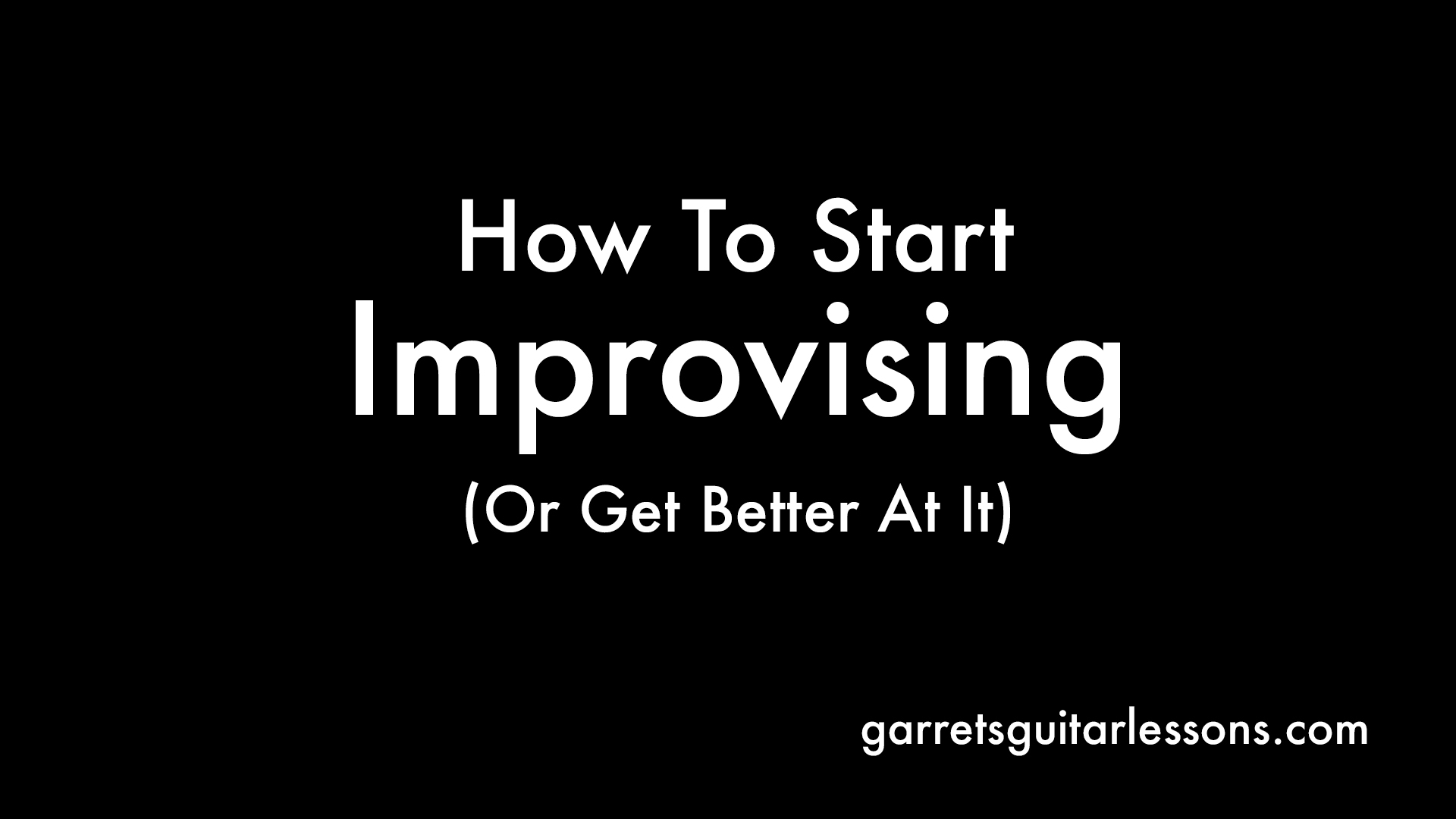 So you want to be Jimi Hendrix but you’re not even sure how to solo. Sure you know a few scales, even can play a halfway decent lick but when it comes to improvising you just end up playing the same scale up and down or just draw a blank.

You are not alone. Here are some tips to get your solos flowing.

Yes, you’re going to suck at first. Everyone does. All you have to do is just keeping pushing through. I’ve often found that the difference between an okay soloist from a great one is just how much they do it. If you never allow yourself to suck, you’re ultimately starving yourself of greatness. Really blow chunks all over that backing track. Get it out of your system. The more you do something the easier it gets. The more you put yourself in those situations the better you’ll be able to handle them.

Allow yourself to hit the wrong notes and having to realize how it sounds bad. Put that in the mind bank of “notes that don’t sound good in ‘x’ context”. I have tons of “lick” lessons and if you do a youtube search, there’s a million more out there. Try one out with a backing track. How does the lick compare to the scale you were using before? How does it compare to the chord your playing over? How can you draw inspiration from that lick?

The best thing to do is start learning licks and learning/analyzing solos. Take little licks from each solo you learn and try to add them to your repertoire. Guitarists have a library within their hands with a bunch licks stored and get taken out when they see fit. Even the best improvisers aren’t improvising more than 30% of the time (give or take). Start building your library.

If you like a particular solo… say the “Bohemian Rhapsody” solo. What about that solo do you like? Take a look at how it starts, how it ends and what chords he’s playing over. If we look at the first phrase we’ll notice the solo starts on a note that’s in the Eb chord (8th Fret – 4th String is the 5th of the Eb chord). The other couple notes revolve around the chord then end up on the Bb Note (11th fret – 2nd String) right as the Bb chord hits. That big 11th fret bend (on the 2nd string) ends on a C note. Guess when? Right as the Cm chord hits.

As you see there’s a lot to learn from analyzing other peoples solos/ideas.

Not really, but for the most part. Sometimes they’re wrong, other times you don’t get the feeling you do from playing by ear or really listening. If you can’t figure it out by ear, they’re not impossible to get the right information from, but if you play along with the song you can start hearing the nuances.

In general, learning the right notes from a tab isn’t awful just be sure to compare those notes to how they’re being played on the recording. Try to nail a phrase or two from the solo. Nail that bend/vibrato you hear.

I really can’t stress this enough…. play along with the song.

Unless you hear yourself, it’ll be impossible to improve. Listen to how you solo, what don’t you like about it? Need to breathe in between your phrases more? Not hitting enough chord tones? Start comparing your playing to guitarists you love and see what it is your solos are missing. You don’t need to record a hit record… throw on your phone recording app or computer recording app. Making little recordings have never been easier so be sure to take the time to listen to yourself!

It takes a lot of work getting comfortable with soloing, but it’s possible. Dig.