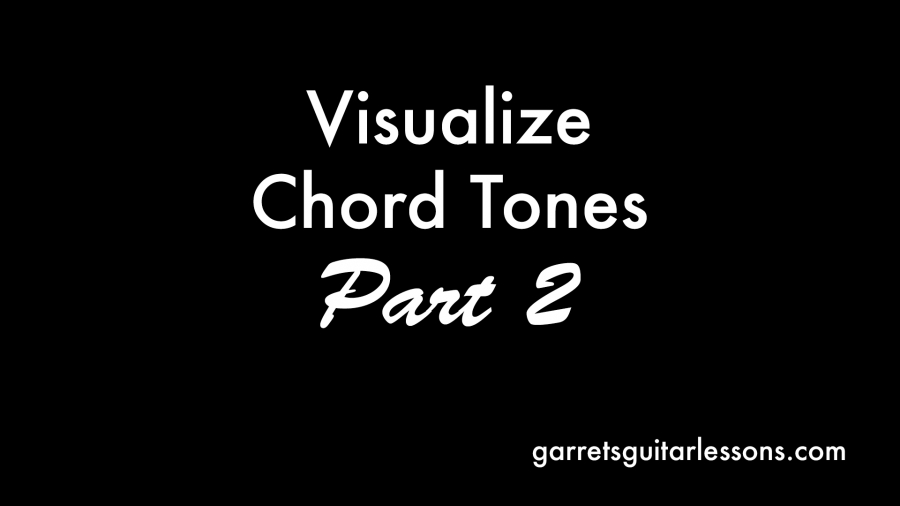 It’s happened to all of us guitar players, we want to solo over something and we don’t really know where to start. Where should we start? What key are we in? What scale should we use? It’s all a lot of information and there are many ways to navigate this problem but I have one simple way to deal with it; chords. Yes, what chords you’re playing over tells you exactly what to play.

So many think of chords as a “rhythm guitar” thing, and not as much as a “lead guitar” thing. I personally don’t see the distinction. So… where do we start our solo? At a note in the chord we’re playing over. What scale do I use? The one that has all the notes of all the chords we’re playing. Where should I end my solo? On a note of a chord that we’re playing over at that time.

So sounds simple enough, yet it’s a lot trickier than it sounds. Let’s start with a very simple chord progression: 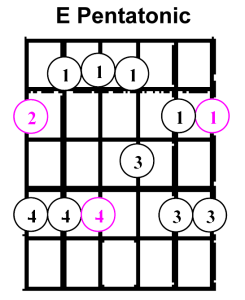 Why the D Major Pentatonic? Our first chord is telling us very important information… 1st the root note is an D (so our root note of our scale is going to be D) then the type of chord (major or minor). Why Pentatonic? Because we’re guitars players and pentatonics are our go to thing!

So we start noodling around this shape, although something is still missing. What I want to do is start focusing on what notes are in the chord that we aren’t playing in the scale. Lets take a look at our chord shapes over the scale. 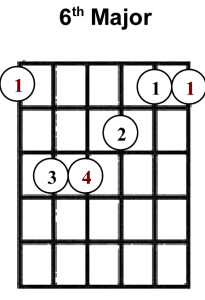 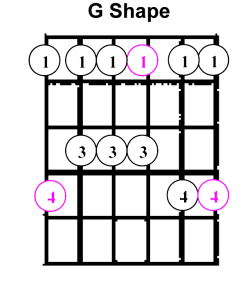 See a note that isn’t in the pentatonic scale but in the chord? I do! 6th & 1st strings, 8th fret and 4th string on the 10th fret. So when we play over the C chord, let’s play our pentatonic scale but just add that C note (6th & 1st string, 8th fret and 4th string, 10th fret) over that C chord. You should definitely start hearing a noticeable difference in your soloing when you just focus and add that one note in, especially over the C chord.

Alright now, last chord we have to think about is the G Chord. Let’s use the G chord as a 5th string barre chord, with our root note on the 10th fret, 5th string and compare that to our D major Pentatonic scale as an E Shape, since we’re back to our original position: 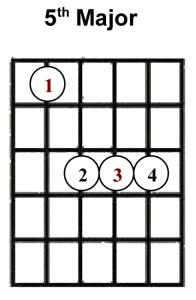 Now, that’s just one position, using one chord progression. The concept is to use the chord shapes you know to visualize what notes are in chords that aren’t in the pentatonic shapes you’re familiar with using. Go ahead and give it a try over this backing track:

What’s especially great is that when we move to different keys, the same idea will apply only the frets we’re dealing with will change. A cool thing that’s available for us guitar players.

When we move to different shapes of our scale, we can use a similar process to find it. Play a C & F chord shape you know (maybe a CAGED Chord Shape?) over any of the Major Pentatonic Shapes.

So this is a quick way to start seeing how we use the information the chords give us to make our solos better. This is one example over a simple progression, but the concept works regardless of the progression, key or any other variables.

*I should also make a note that what we’re doing is figuring out when we use modes. I typically don’t like the “M” word, as I think a lot of information out there on the internet muddles up how you can actual use modes and what their purposes are. So this “scale” or “mode” we’re playing is called “Mixolydian“. Doesn’t matter what you call it, the basic idea is that the scale incorporates the notes of each chord in the chord progression.

I did another Blog, very similar to this which is part 1. The same concept only using a different chord progression over a minor pentatonic scale shapes.

With all the inversions, extended chords and key changes how ...

Alright I'm just going to give you a practice schedule. You ...