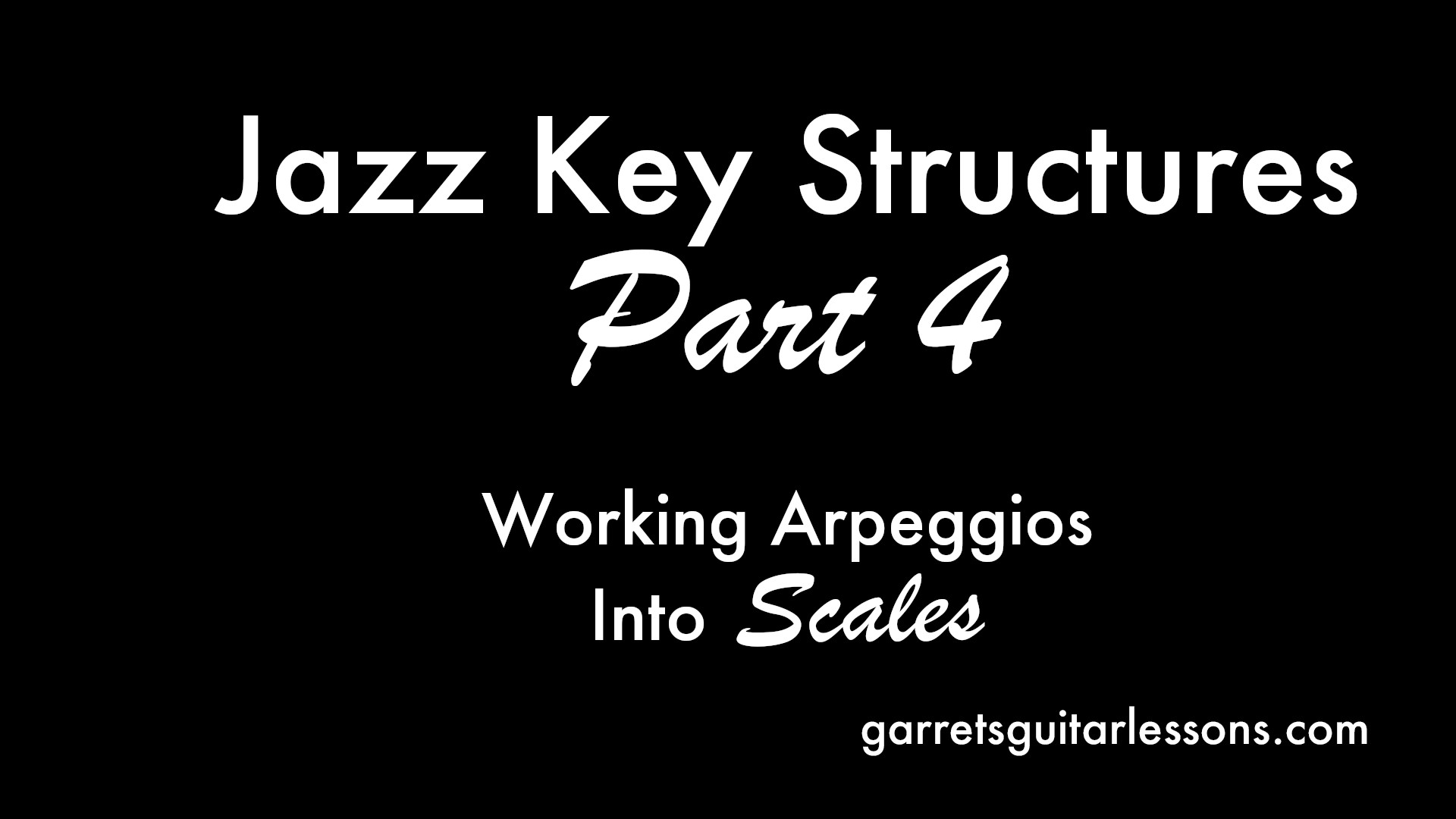 My last blog post on this subject (Jazz Key Structures | Part 3) talks about what scales to use when and my best at a brief explanation of the Minor ii-V-i. While it gets you playing the right notes, it doesn’t sound too jazzy… why?

Yes, not only do we have to play the right scales, we need to target the right notes at the right time. It’s a lot to think about but it’s really the most universal thing about the music language. We want to target strong chord tones over the chord we’re playing.
I’m going to begin by going through a Major ii-V-I in the key of C, using my preferred initial scale, D Dorian, and where the arpeggios are sticking to 2 common roots, the 6th and 5th string roots. 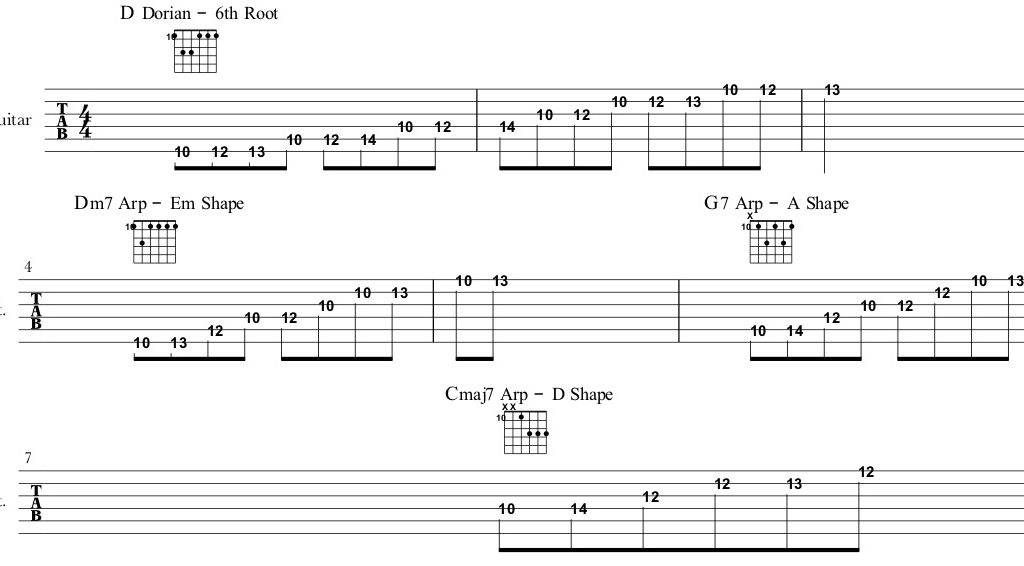 “This is cool and all… but how do I ever play the scale and arpeggio and know when to hit one note… this all feels so stifling!”

Which notes tell us the most about the chords? The 3 and the 7! They’re the only ones that change between each chord type. So let’s now focus on just the 3rd’s at first:

Now let’s focus on the 7ths:

The same thing is true over the 5th string root:

“Okay, how do I implement this into my playing?”

A good way to begin practicing is just playing the notes (one octave at a time) with each chord change. So an F over the Dm7, a B over the G7 Chord and an E over the Cmaj7 chord. Then repeat it with the 7ths! Once we get familiar with that we can start adding notes in between the chord tones… any note within the scale. A good exercise is to keep it 8th notes to begin working between them.

Here are a few examples to get the juices flowing:

The great part about this is that where we find them in one key, just like our scale shapes, we can find them in the same place in our scales shapes in other keys! 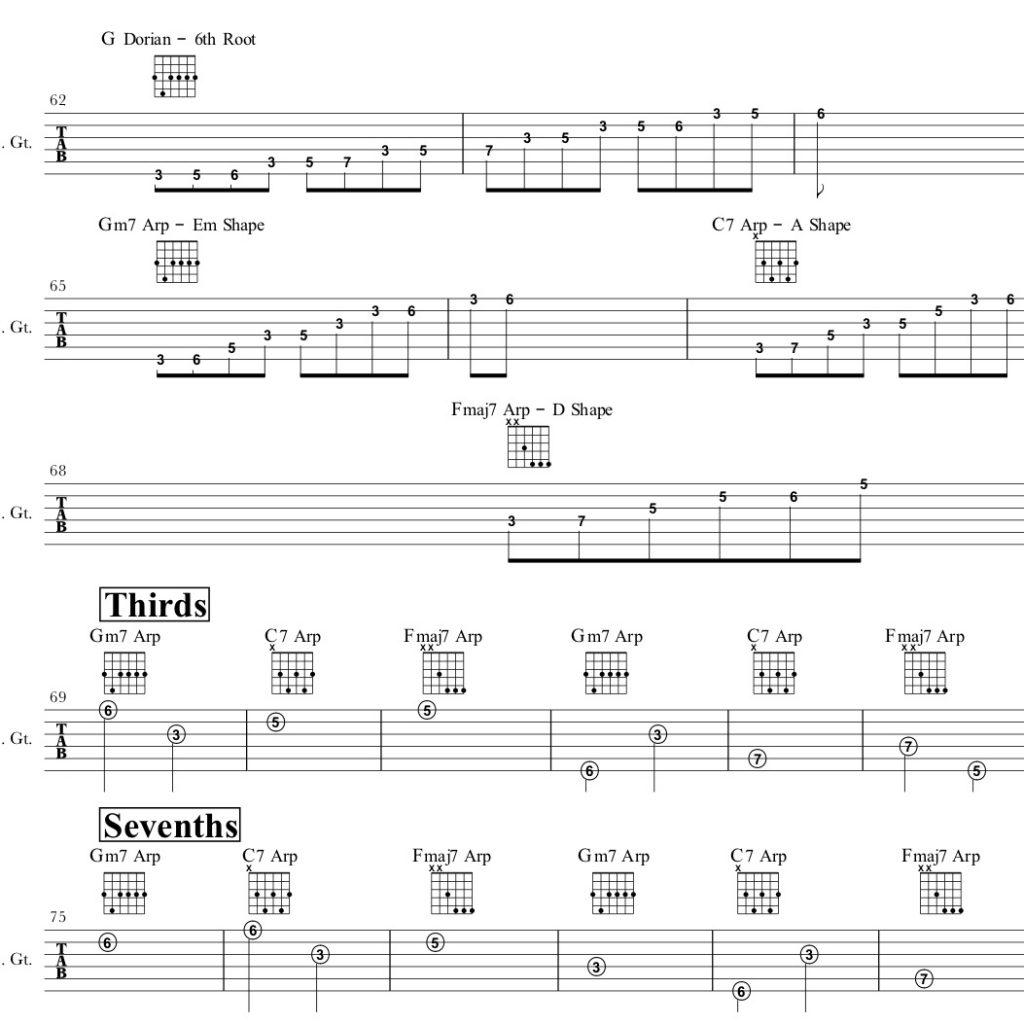 For Minor ii-V-i’s we have the same legwork to do, luckily the ii and V’s have the same target chord tones (the 3’s and 7’s!), just a different scale around it (which is important for that b5 part of the ii chord!). The i has a different 3 and 7: 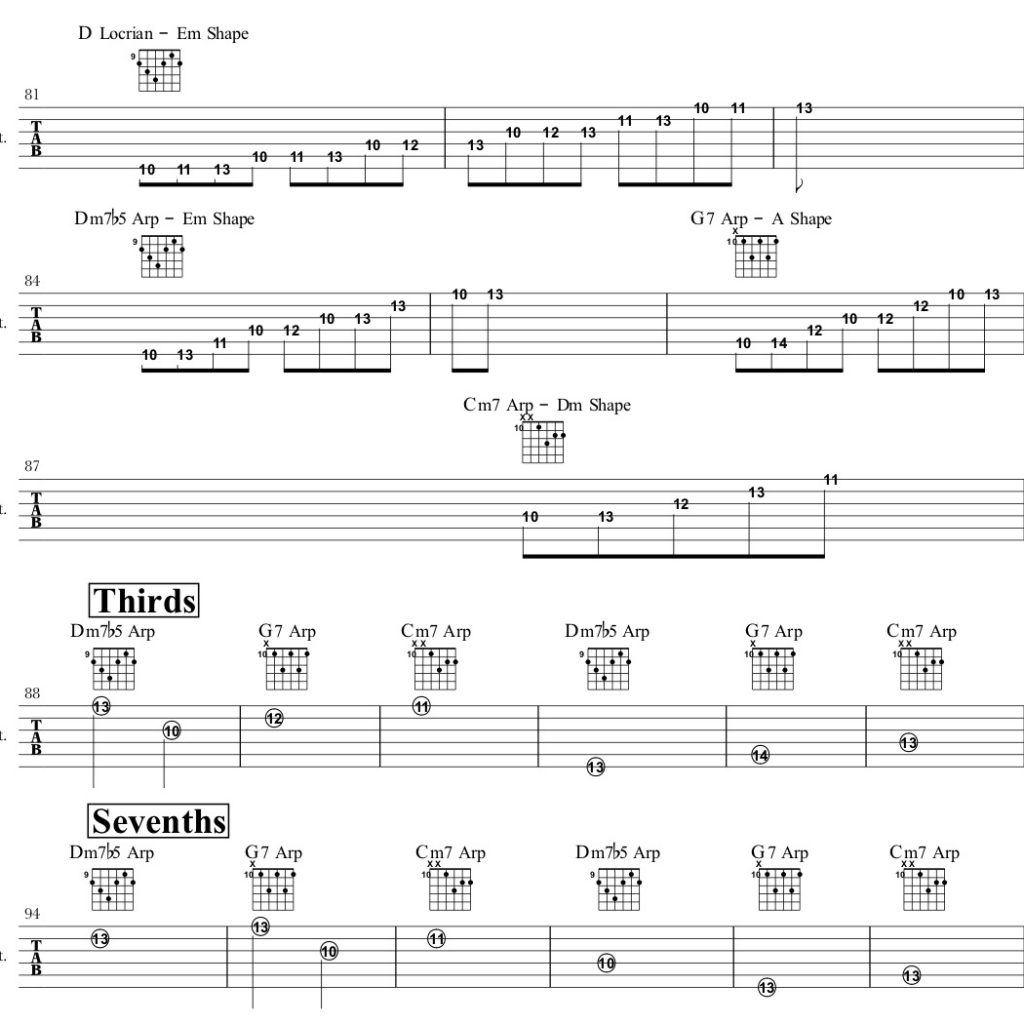 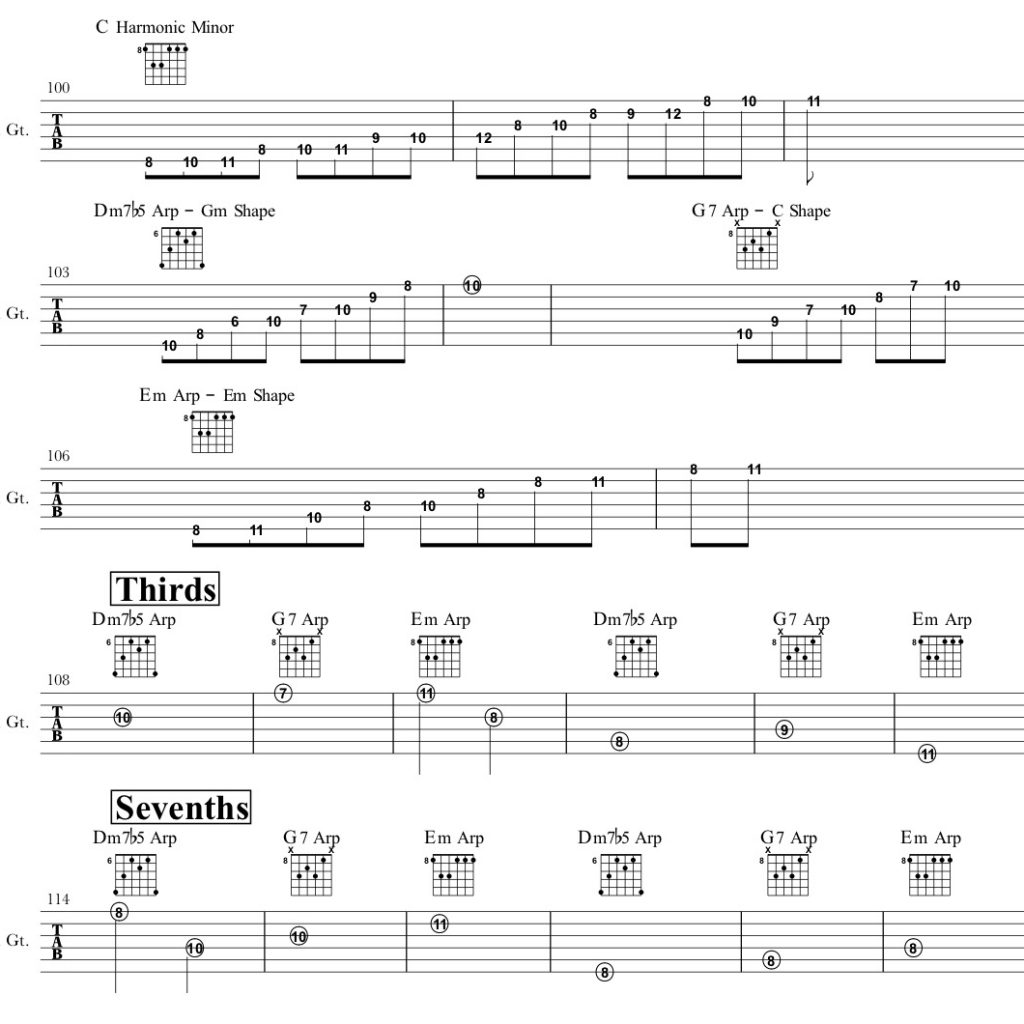 This can immediately add some more flavor and make your solo lines feel more intentional. This is not to stifle creativity, rather channel it into something more melodic.