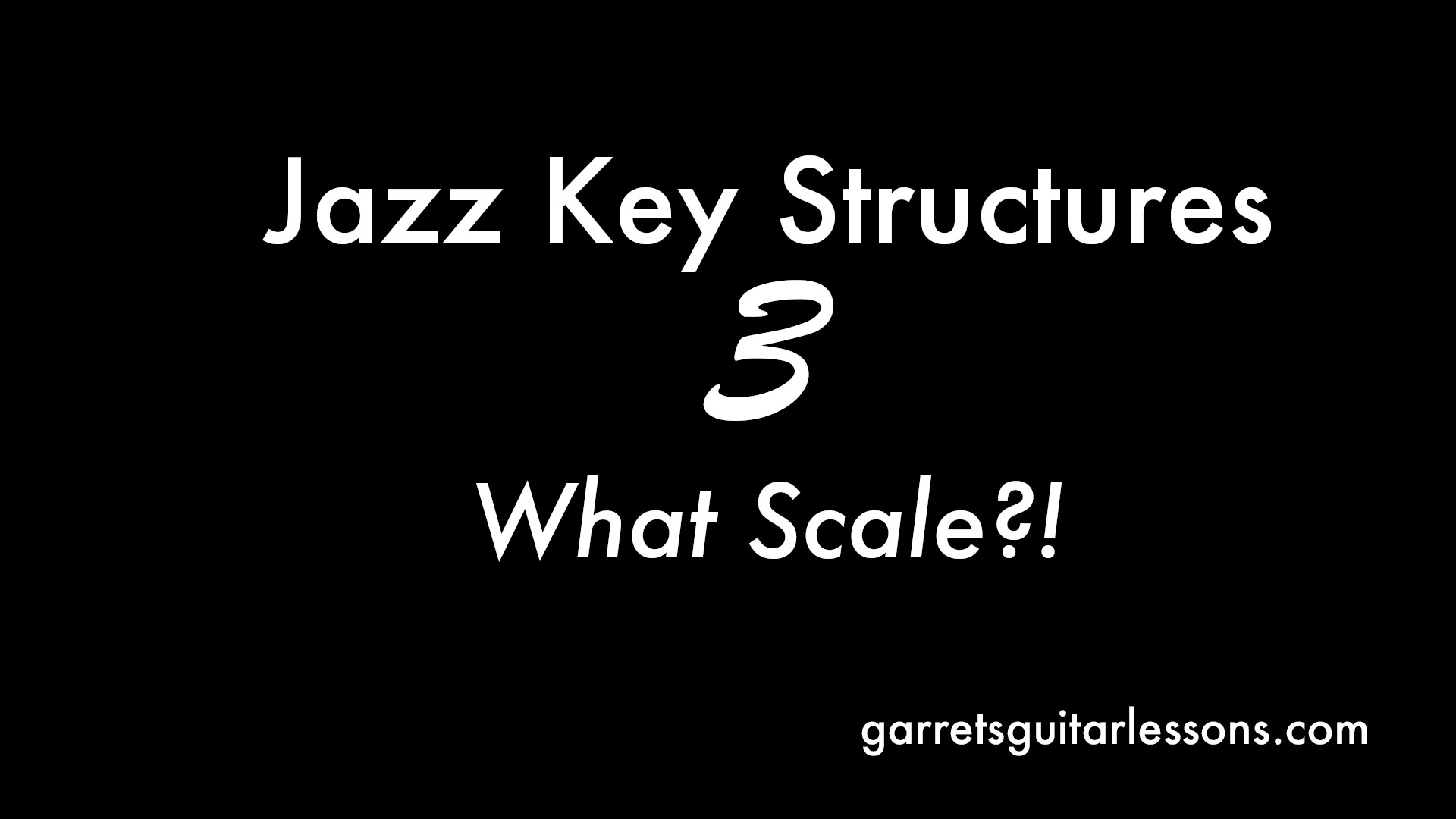 Jazz requires a bit of foresight before jumping into taking a solo. In my previous posts I talk about recognizing a Major ii-V-I (Part 1) and a Minor ii-V-i (Part 2) and this will start expanding these concepts into how to begin the process of soloing.

There are many approaches to start soloing over jazz and this is just one of those approaches. I am going to start by establishing a little bit of groundwork. Mainly what scales belong to which chord.

There are other types of chords that may lend itself to other scales but this is a great starting point. Now this is great if we see a standalone chord but if you happen to look at a jazz chart, you’ll notice chord changes happen fast and often, so how do we change scales so fast? You don’t have to.

The key is recognizing the ii-V-I pattern and utilizing one of the three scales as your basis over the whole pattern. How does that work? Let’s look at an example in C:

If a chord isn’t in the ii-V-I is when we’d have to look at that chord as a standalone scale.

I think a good starting point is when you see a m7 – V7 – maj7 use the Dorian scale throughout. Reason being is that you don’t have to look ahead or think of which Major scale is associated with the initial chord. I don’t like the idea of seeing a chord and thinking of a different scale, it puts too much pressure on you to think as opposed to play!

Now when we look at a Minor ii V i’s it gets a little trickier. Reason being is that there are more melodic choices with a minor key and not all the scales correlate the same way. Let’s take a look at a minor ii-V-i in the Parallel key of Cm using my scale rules:

None of the scales are the same! That’s because the Minor ii-V-i is an exception to the scale rule stated above. A Dominant 7 chord in a Minor ii-V-i will usually have an altered extension. Most often a b9, #9 or #5. Over a G7 chord this would be an Ab (b9), A# (#9 – enharmonic with Bb) or D# (#5 – enharmonic with Eb). The altered extension written, regardless of which one is used or written, gives more context to how that chord functions… as a part of the Minor ii-V-i. The reason why I say regardless of which one is used or written is because all the altered extensions (b9, #9 or #5) are telling us the same thing, we’re in a minor key!
G Mixolydian Scale with a b9, #9 #5: G-Ab-A# (Bb) – B-C-D-Eb-F-G

Now it doesn’t include the Bb, but the third of the V chord is an important chord tone so I’d opt to have it in rather than not.

So for Minor ii-V-i’s I’d recommend starting the ii’s Locrian Scale if you don’t want to do a dance around what the ii’s related to, or do the dance and think about the i’s Harmonic Minor Scale. Like I said… the Minor ii-V-i’s are a bit more complicated.

This isn’t the end all, be all for jazz soloing but it does get us playing the right notes at the right time.. So, start getting some scales under our belt and moving between unrelated keys!