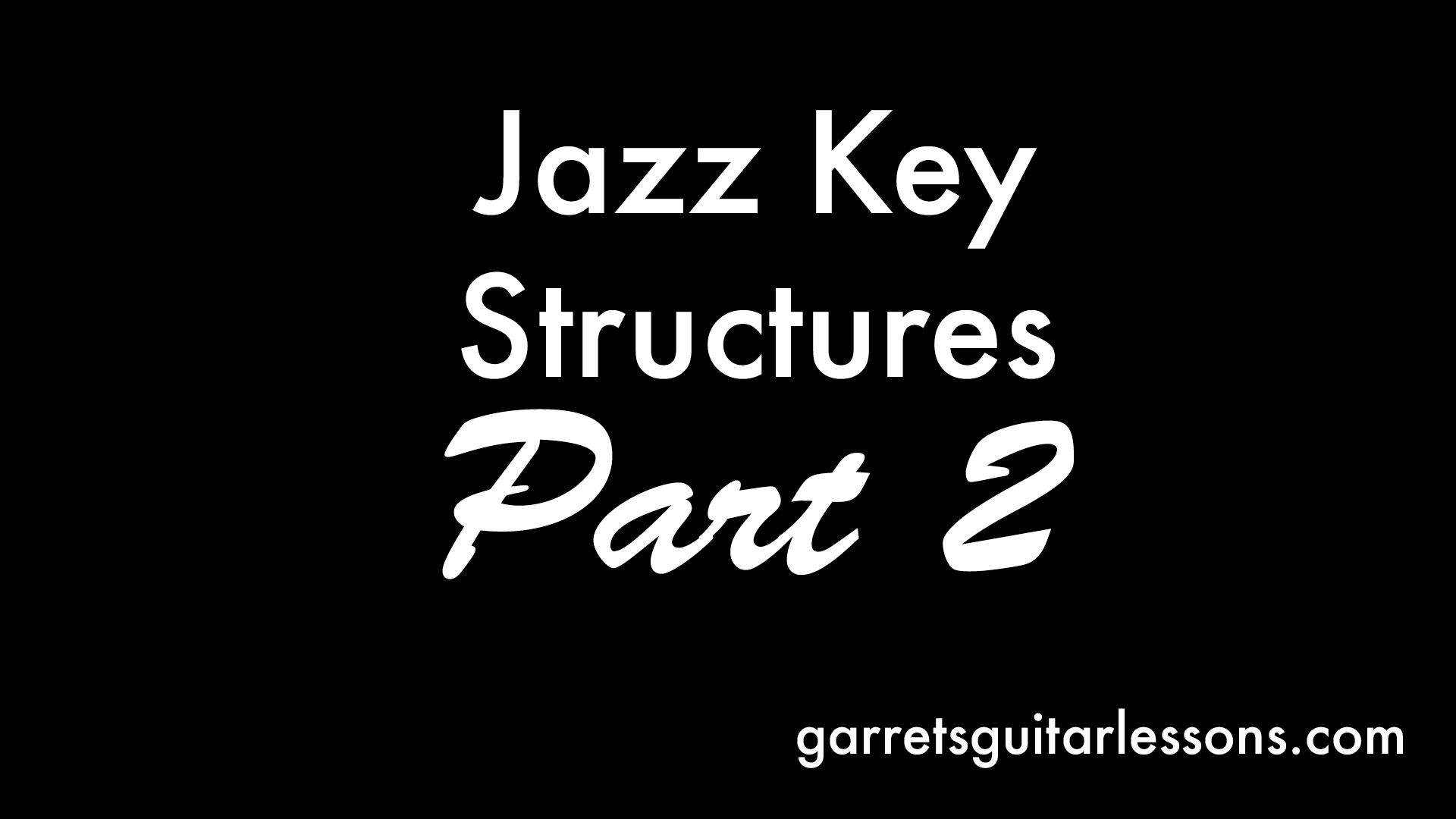 With all the inversions, extended chords and key changes how can we begin to understand jazz? This is part 2 of a series in which I’m going to talk about how to spot keys and how to treat them in soloing and rhythm playing.

What’s nice is that if you did some homework from my first blog post, the root notes of each key’s Major and Minor ii-V-I are the same, only the type of chords change. The ii is a m7b5, the V is still a dominant 7 and, as expected, the i is a minor 7!

What’s so cool about the Minor ii-V-i is how some of the altered (#5, b9’s) V’s from my extended chord sheet are found right in the scale. While a plain Dominant 7 chord works just fine, you’ll find a 7#5 or 7b9 (and if you’re feeling real crazy, a 7#5b9!) actually tends to lend itself better in this particular situation. In fact, most charts of jazz tunes have 7b9 already in it.

So a great way to spot a minor ii-V-i is when you see a root note with a m7b5 after it, followed by a Dominant 7 (usually with a b9, #5 or even just “alt” next to it… “alt” just means add some altered extensions, like #5 or b9, to it) with a minor chord that follows that! Just like the Major ii-V-I’s, the pattern to look out for is the fourths!

In my “Extended Chords?!” and “Naming Chord?!” video lessons, I go more in depth about this sort of thing, but to give you a quick run-down of it with a specific example:

To build each chord we have to look at it’s original key. Since I’m talking specifically about why the b9 and #5 work, let’s look at the key of G and what the b9 and #5 are:

*An important note here is the enharmonic between D# and Eb. D# is how it reacts to the G chord, but Eb is how it is noted in the key of Cm. A more theoretically correct way to look at it (and the chord voicing) would be calling it a Gb13 chord (13 in the key of G is an E, a flat 13 would be Eb!). Since jazz has so many chords and other things to talk about, I’ll just stick to how it’s noted on my Extended Chords sheet.

Now there’s something pretty cool about that Dominant b9 chord, so let’s take another look at it shall we?

B – D – F – Ab are all a minor 3rd apart. Now there’s a chord that is built exclusively on the minor 3rd chord… the diminished chord! So a common substitution is to substitute the V chord with a diminished chord a half step above the root note (instead of G7, play an Ab diminished!).

Now since each diminished chord is movable by 3 frets (minor 3rd interval), so you can think of it how you want… Ab diminished, B diminished, D Diminished or F diminished… they all give you the same notes: B – D – F – Ab…. a G7b9 without the G note!

Most commonly I see it done from the D note. Why? The ii of our key of Cm is D, so you can play a Dm7b5 to a D diminished and you’re still outlining a Minor ii-V-i. Cool!

*Instead of just moving the same shape up by three frets here’s another cool way to move through the diminished inversions.

You’ll find in my Minor ii-V-i inversions video, I opt to go though it this way.

Just like Major ii-V-I’s, they may not always resolve to the I. Sometimes you’ll find a sequence of Minor ii-V’s right in a row, sometimes you’ll see it resolve to a Major chord, just look out for that fourth movement with m7b5 – 7(b9) – m7!

Soloing will be a whole other blog post (as you can see, Minor Tonality can be a bit more open), but take that i chord and use the Natural Minor or Harmonic Minor scale over the whole thing!