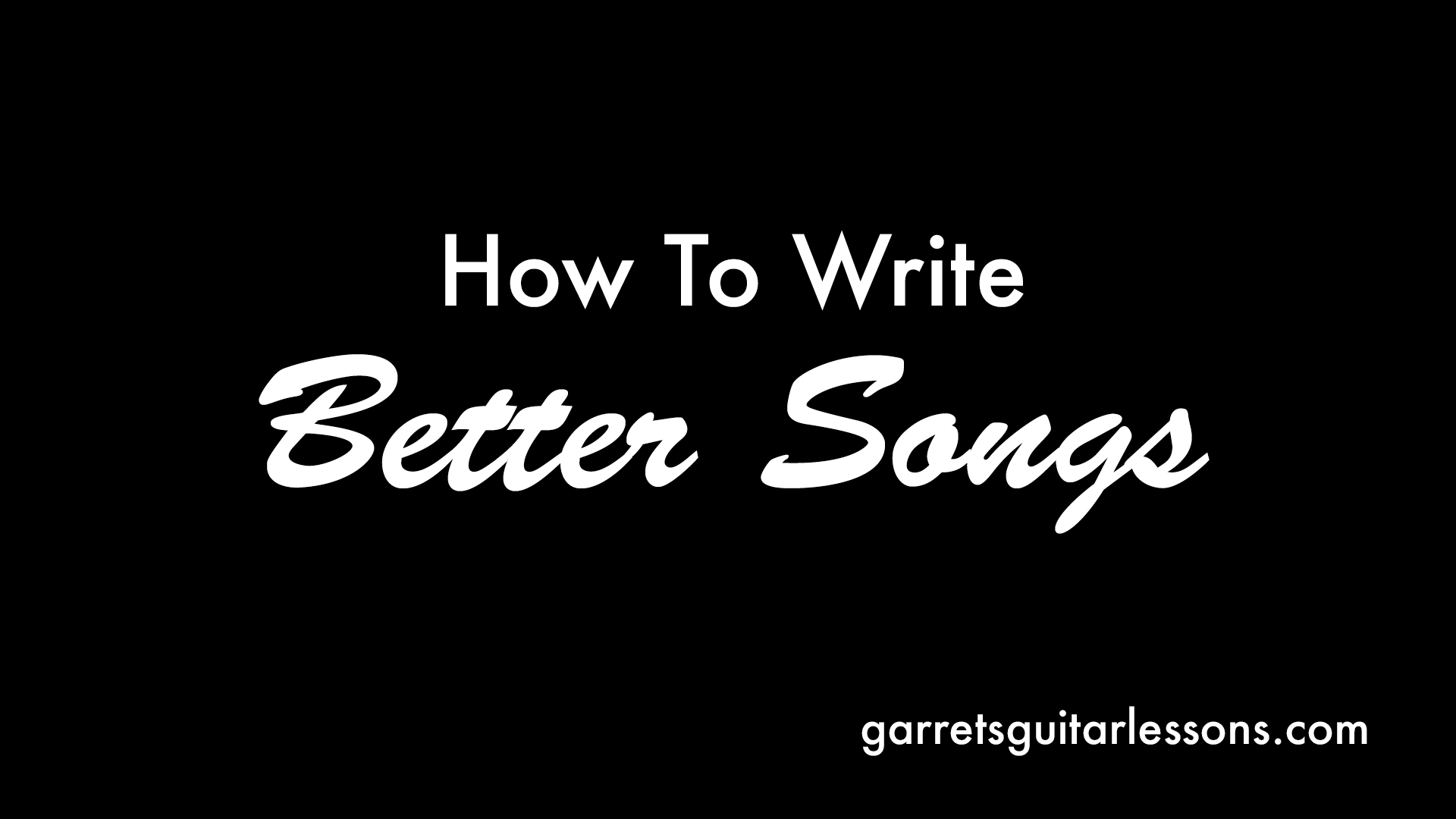 So after listening to a E.L.O. record or two you think you could be the next Jeff Lynne. Writing a bunch of songs and start collaborating with everyone you’ve ever admired. Somehow you just keep writing songs that sound the same or just get writers block.

You are not alone. Here are some tips to write better songs.

Yes, you’re going to suck at first. Everyone does. The biggest thing to do is just to keep doing it. I’ve often found that the difference between an okay songwriter and a great one is just how much they do it. If you never allow yourself to suck, you’re ultimately starving yourself of greatness. Get the bad songs out of your system. The more you do something the easier it gets. I like to think of this as the “Bob Dylan” way. Dylan and a million awesome songs, but there were some duds in there. If you write a hundred songs, one’s bound to be good ;). If not then #101 will for sure be good.

The best thing to do is start analyzing the songs you like. I said Jeff Lynne earlier because I’ve been on a Jeff Lynne kick lately; he’s a great songwriter and has collaborated with a ton of amazing artists. When I take a listen to “Mr. Blue Sky” or “Telephone Line”, they have some awesome chords in them. Why don’t I try to write a response to one of them or see if I can use one of those chord progressions as the base for a song I’m currently writing.

I hear a lot of songwriters say they don’t want to rehash the same old same old… the problem is without having any sense of what makes up the songs they like, they’re the most likely to use the most used up chord progressions, except not have any idea that their song is as bland as it is.

Unfortunately almost every usable chord progression has been used up, but your style, sense of melody and rhythm can set you apart. Good songs are the main goal.

3) Expand your knowledge of theory and chords.

If you have a broader idea of why chords fit together and/or don’t then you can know when you’re inside or outside the box. I can’t tell you how many half songs I had written, until my theory knowledge gave me some clues for either modulations or other chords to try writing that other section.

Learning new chords can really help make a song stand out and/or give you inspiration to write something new. A lot of budding songwriters start out very inspired. Everything’s new. From the chords to the strumming patterns, it’s all fresh. When you’re on a plateau, a new chord can really bring it out. I love Add9 chords or some of my Movable Chord Shapes as some starting points. They’re easy to implement and not too jazzy.

Recording yourself couldn’t be easier these days. From your phone to computer there’s something for you to record yourself. It doesn’t have to be studio quality, in fact you don’t even have to show anyone. It’s a great tool to listen to your song as an observer as opposed to a performer. What would you think of your song if it just popped up on your playlist? It’s a great way to stay objective.

So there we are, a few ways to write better songs. I’ll leave you with one of my favorite quotes from painter Chuck Close:

“Inspiration is for amateurs. The rest of us just show up and get to work. If you wait around for the clouds to part and a bolt of lightening to strike you in the brain, you are not going to make an awful lot of work. All the best ideas come out of the process; they come out of the work itself.”