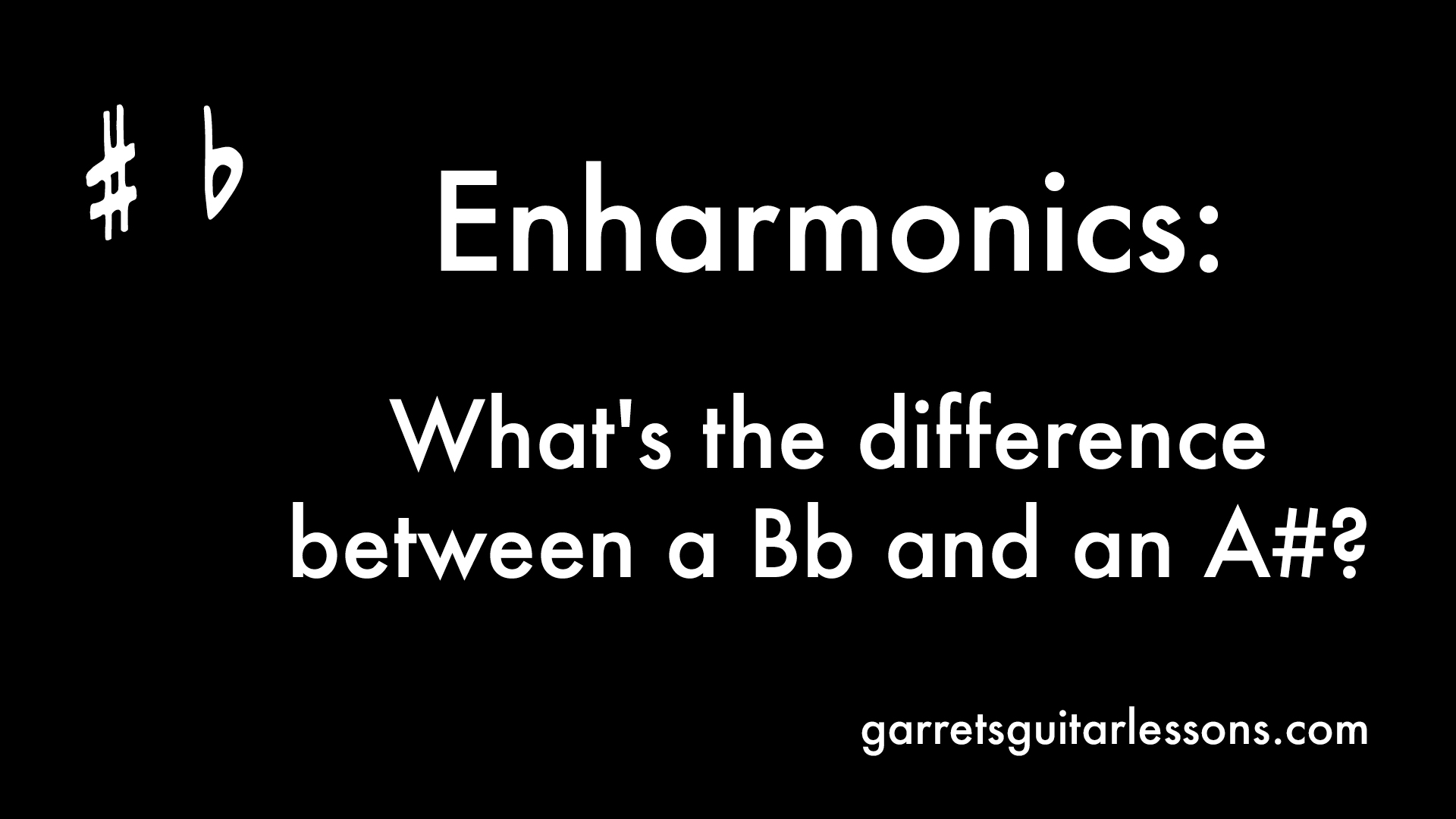 They’re the same fret, but why would I call something a Bb instead of an A#? Why are there two names for the same note, same chord or same scale?

The basic answer is when spelling out a scale, each note name gets one degree… not two. There is only one type of A note in a scale even though there are three types of A: A flat, A (natural) and A sharp. This goes with the rest of the notes as well.

So when spelling out a scale each letter gets one degree.

Thinking of scales this way streamlines remembering how the scale degree interacts with with root. If we look at the key of Ab:

Comparing A to Ab, we see that the same note letters correspond with the same degree in both keys. The D note is always going to be the 4th of an A scale, if it’s A natural, then the D is natural. Likewise if the A is flat then the D would be flat… but it’s still the 4th! This works with B and Bb, F and F#, D and Db, C and C#… you get the point. This cuts the work of memorizing each major scale in half as the degrees stay consistent even though the key may change.

The alternative is what… to have the scale spelled out: A# – C – D – D# – F – G – A? No way! Look, we have two degrees with the A letter, two degrees with the D letter, no B or E… this is confusing! Especially when conveying things to other musicians. So we know A# and Bb and technically the same note… what if we call it a Bb major scale instead?

Ahhhh… that’s better! No crazy double sharps or a B# note. This is why you’ll almost always (unless someone is cruel) will write in the key of Bb, not A#.

Awhhhh man, look we have a Cb and an Fb. Who wants to think of an E note as an Fb? Not me.

Hey look at that… much better!

So doing a little bit of thought in the short run on thinking of our enharmonics (how A# and Bb are the same note) can make memorizing scales easier, knowing how degrees interact with the root and avoid any crazy names.