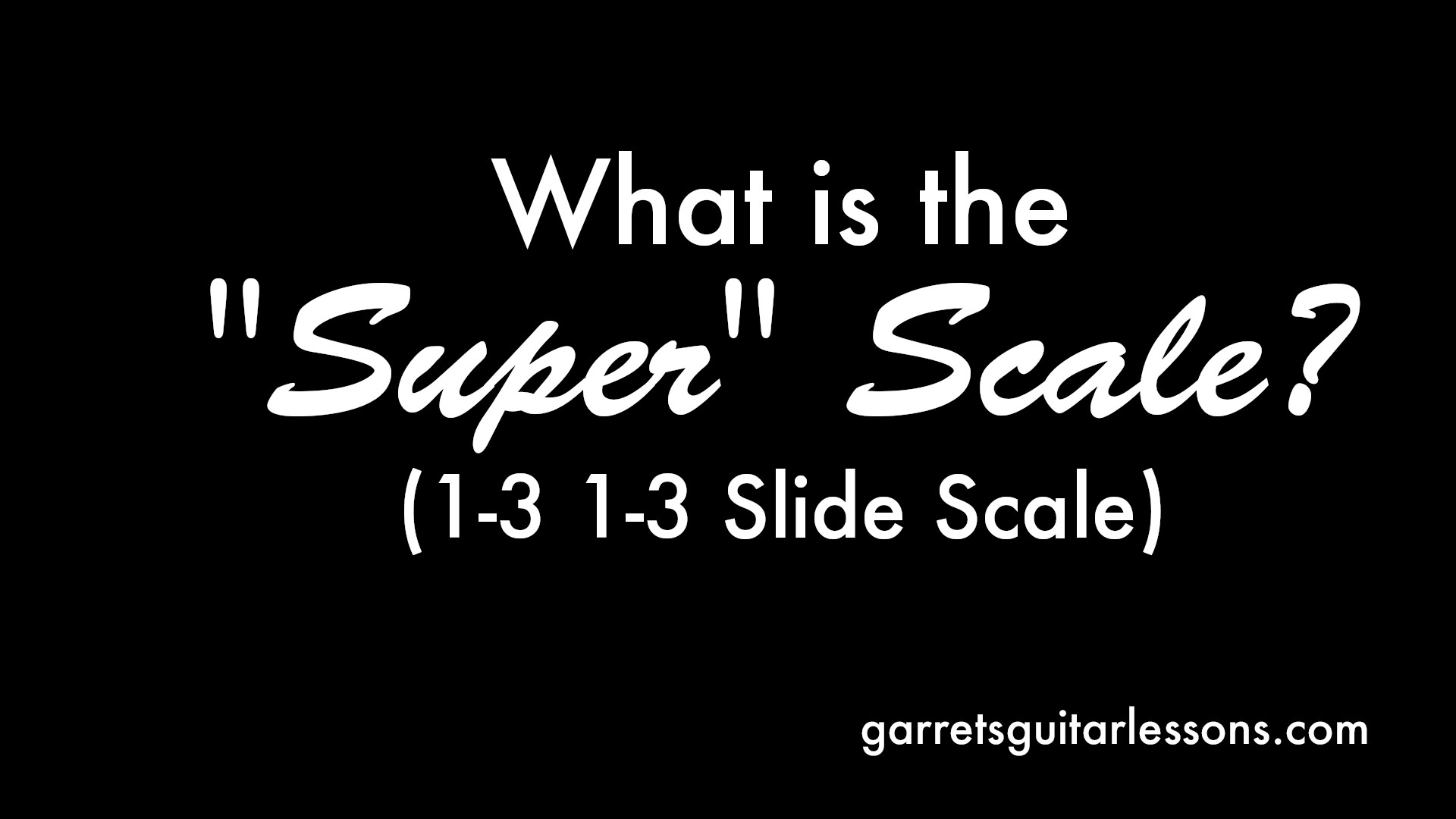 Yup. It’s just another way to play the pentatonic scale.

But what’s so cool about it is the way it’s laid out and the way it sliiiiides to the other positions is so much more conducive to actual musical phrasing.

So in our Super Pentatonic Scale we start before the root… but it’s the same group of notes! Now we have an extra note before the root to play around with!

Unlike my annoying reminders to always start and end practicing scales on the root, phrases typically don’t follow boundaries of what the scales root is. While it may revolve around the root, it typically goes a little before and a little after. This is what makes the Super Pentatonic scale so cool.

Now my annoying reminders of starting on the root isn’t for nothing, what I try to really hammer in is less thinking when it comes down to playing. When I need a certain scale, I don’t have to jump through mental gymnastics in order to know what scale I’m playing, I can think of a note and immediately have a shape that coincides with that note.

One problem with that though is how you typically don’t hear solos start right from the lowest root and move up the scale. I find this version of the pentatonic scale a good way to get familiar with the other parts of the neck. Once you can get familiar with starting on the lowest 6th string and you get the pattern underneath your fingers, starting from different roots within the same general position should be even easier!

Let’s take a look at the 6th Root in the key of Am:

I highlighted the three different roots found within our 1-3 1-3 Slide scale and the familiar finger pattern that goes with it. So once you get the initial pattern underneath your fingers start your solos starting from these other roots!

Here’s a similar way to look at the 5th Root, still in Am:

Now this one has two iterations of the whole Super “1-3 1-3 Slide” scale. So instead of starting at our 5th String 12th fret we can start at the 14th fret on the 3rd string. The only goofy thing to watch out for are the last two notes: 15th to 17th on the 1st string. That’s just a small snippet of the scale, only two notes but it does end on another root so those last two notes can help put a button on whatever phrase/lick we’re going through.

Anyways I just wanted to give a little more context into this great way to move around the neck!