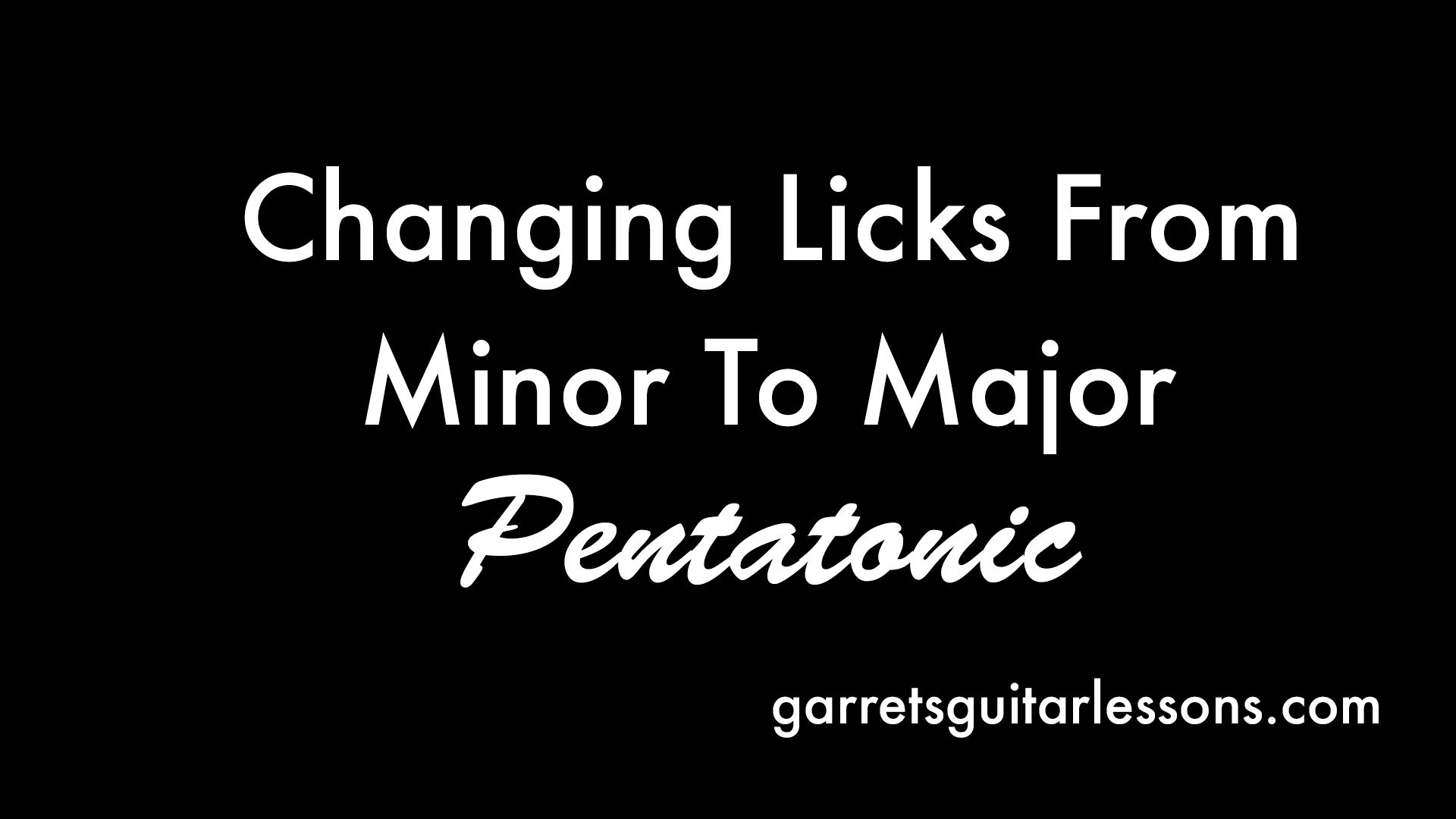 Man, when I started playing all the licks I knew were in Minor Pentatonic Scales. How come pesky pop songs have to be in Major Keys so often?

No worries, what we’re going to cover today are how we can take some minor pentatonic licks and move them to major pentatonic licks. In my never-ending quest to take just one lick and turn it into a million licks.

So as I just discussed a few weeks back, the differences between the Major Scale and Major Pentatonic are taking away the 4 and 7. The differences between Minor and Minor Pentatonic are taking away the 2 and 6. What this means is we have to think about how the notes are interacting with the scale (what degree they are) and move them to a similar, if not the same, degree.

This means we just can’t arbitrarily bump it up or down one fret and expect it to sound good. It has to interact similarly to the root to sound good. Let’s go through three examples.

Now when looking at this one, we have: 5-b7-1-b7-b3-1. This one is perhaps the most straight forward. We don’t have any 7 in our major pentatonic scale, so I’m just going to replace this with our 6th note of the scale. We do have a 3rd in our Major Pentatonic scale, but the 2nd seemed to fit better. Here’s that same lick in Major:

The Minor Lick goes: b3-5-b7^-1-5-b7^. What’s interesting about moving licks from Minor to Major is that sometimes not all of our “minor pentatonic-isms” will work… like the bends up to the root. Instead what we’ll have to do is just hit the root note without bending before it. That’s what I do in the Major Pentatonic Lick. Unlike before, I’m replacing the b3 with now the major 3 but I’m still replacing the b7’s with the 6’s.

There’s no real set in stone rule for something like this, use your ear and see how you can change some licks in your vocabulary to a new pentatonic scale!