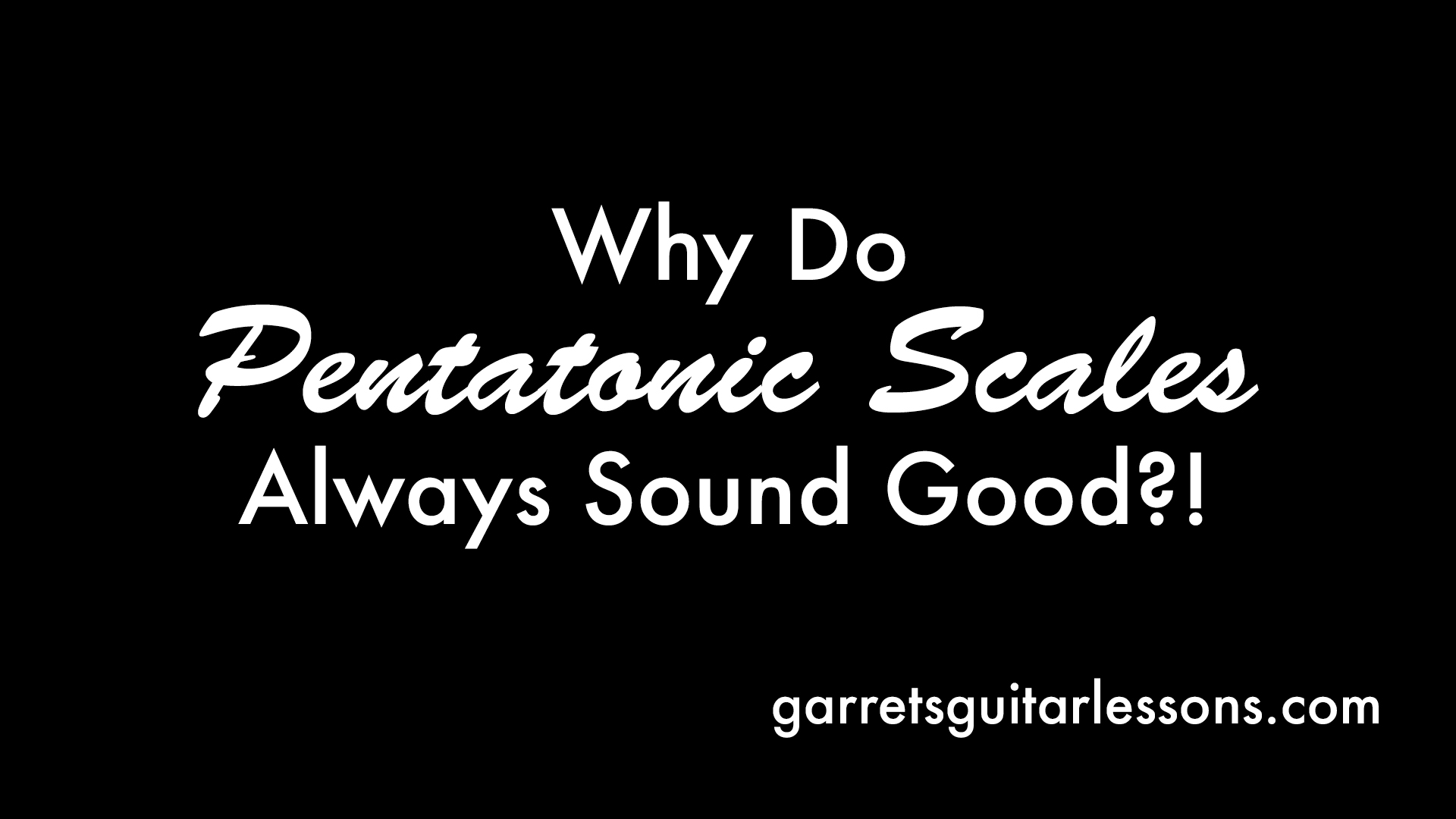 Penta is Greek for “5”, Tonic is short for “Key center” or “First note of a scale”. Essentially it’s a five note scale. There are two main types of Pentatonic scales: Major and Minor. Based on my “What’s a Scale” Video we know that we compare each scale to the original major scale: 1-2-3-4-5-6-7 (built: W-W-H-W-W-W-H).

So why do we get rid of those notes specifically? Modes.

We have three major type modes. They’re major because our 3rd is natural (not flatted) so they revolve around a major chord, they are Ionian (Major Scale), Lydian and Mixolydian. They’re built:

The scale shapes look so different sometimes because the 2 notes we take away are often found in two spots, but they are just two notes away from all the other modes. I find the Pentatonic Scale a great foundation for learning any other type of scale, you can think of them as the “bones” of your playing while you fill it out using some of the modes.