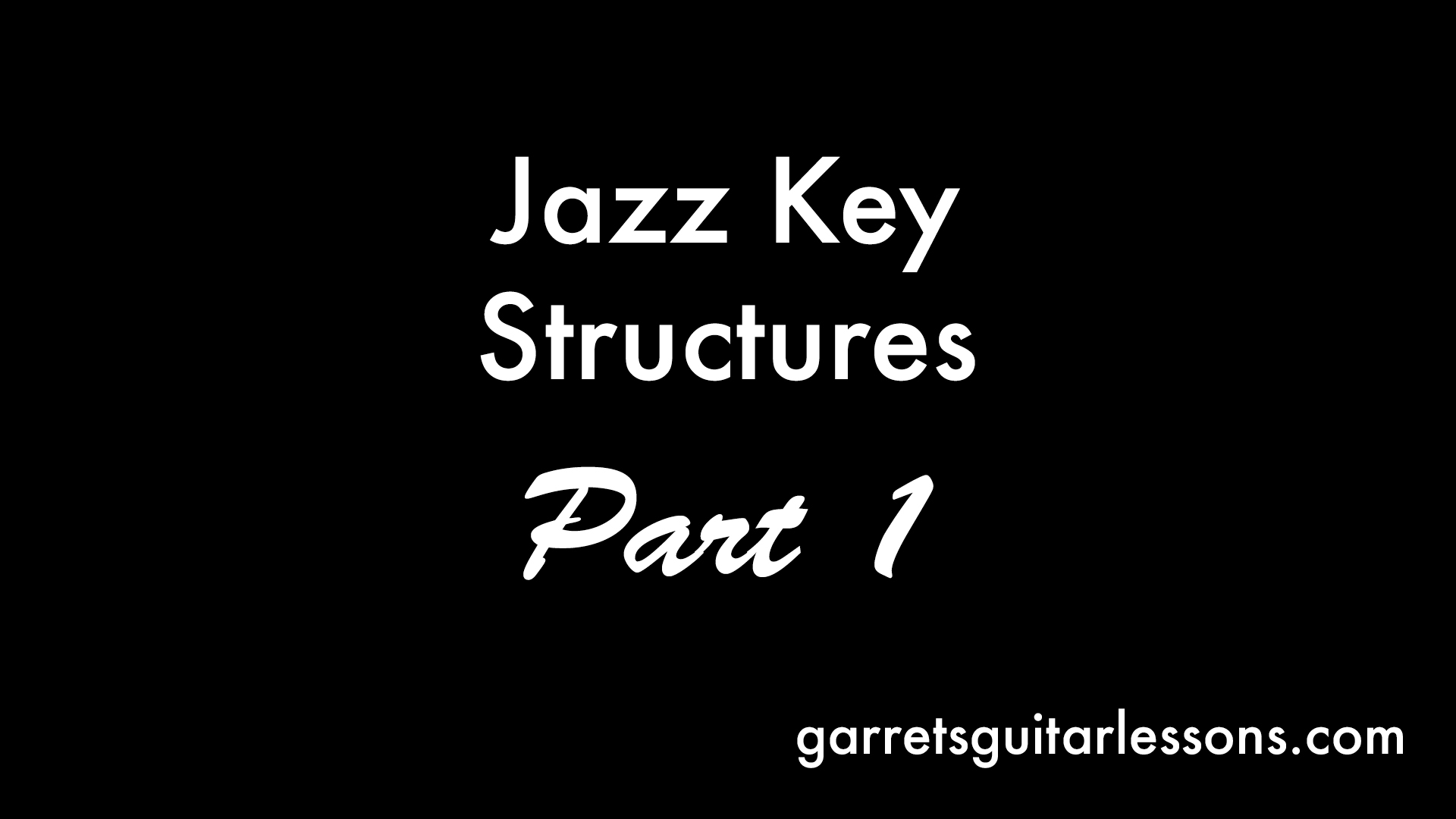 Jazz is complicated due to the crazy Extended Chords and the fact that it changes keys all the time. This will be a series of blogs that will talk about how to spot keys and how to treat them in soloing and rhythm playing.

If we take the Key of C, we’ll notice the ii chord is a Dm (or Dm7) the V chord is a G7 and the I chord is a C (or Cmaj7). If the initial Dm7 happens on the 5th string, 5th fret, the V chord has to be back to frets (3rd Fret) up one string (6th String). This movement works anywhere on the fretboard. We’ll be able to spot a ii-V by if the m7 is found on the 5th string and the dominant 7 is found on the 6th string two frets back.

I’m giving you frets and string numbers to take away all the theory right away. Jazz changes tend to change quickly and so to be able to spot the ii-V-I’s without memorizing every key but rather recognize the movement can make things easier to digest, especially when beginning. Here are a few keys to start recognizing the pattern:

Not every ii-V-I resolves to a I chord, sometimes you’ll see just a ii-V followed by another ii-V, you’d count those as ii-V’s even though we never reach the I. It’s a way to create movement and change keys without “committing” to that key.

To think about soloing over them, you must be able to play the chords themselves. Once that’s good, then you can at least know what scale to use, if you’re playing a ii-V-I the easiest way to start soloing is to play the I’s Major Scale! You’ll be hitting all the right notes. Now soloing is a bit more complicated than that, but that’s a good start right there. I’ll expand more as time goes on, but start recognizing those fourth movements and what keys you’re in!