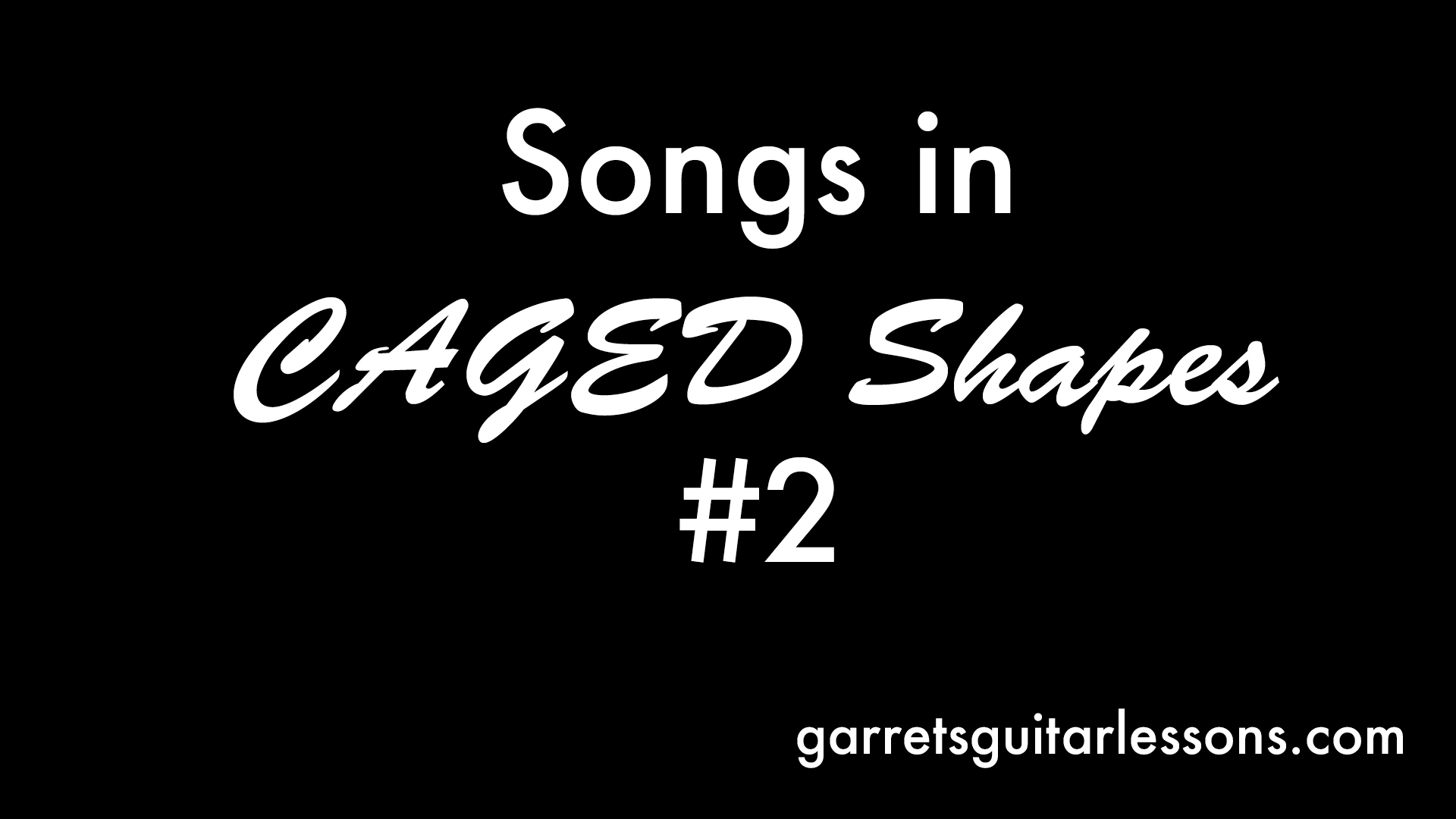 Here’s a another example of playing songs within our CAGED chord shapes.

Just like my previous example, to get a better idea of where chord tones are, where arpeggios will lay on top, to see things in one position instead of sliding all over the neck, to see how our chords dictate our scale/melody… all sorts of reasons.

I have a lesson ”Applying CAGED to Use and Learn Every Key (C | 2/2)” in which I talk about assigning numbers to each shape. Essentially learning one key (in this case C) and having movable chord shapes so we can play it in other keys.

I’m going to get a bit adventurous and do a song that’s similar to ”With or Without You” by U2.

The point of learning both the “G Shape” and “C Shape” keys are to give us options. Some keys are better suited for a certain position. The key of D is nicely placed on both the 5th and 6th string, but other keys… not so much. Since this is all about C shape, I’m going to stick my pinky on the 5th string, 5th fret.

There really isn’t an “F Shape”, but I will refer it to that and just like in the video lesson this is the ONLY one in our movable key that our first finger will have move outside of it’s set position (in this case, 2nd fret for all the other numbers). So it is an E Shape (6th String Barre Chord) up one fret from where our first finger typically is positioned.

Putting my pinky on the D gives myself a box in which all the other chords will be within. This helps us learn our fretboard by having to think “Where’s an A and what’s the closest CAGED Shape I can use to play it”, or we can use Chords as Numbers to analyze it, it’s a I – V – vi – IV and have it all laid out for us. 🙂

What’s great about this is the ability to change roots on the fly. Let’s say you’re singing along and it just isn’t fitting your voice great. Let’s try moving it down to Db:

Notice how the chord shapes stay the same… only the root note had to change?! Cool!

Okay it’s still not working for your voice… let’s move it up to E!

Knowing the names of each chord in each key will come over time, but at least you can play it on the fly without having to memorize each key first. The fact that they look the same can have you realize they share the same relationship to the root, regardless of what the notes themselves are.

One of the hardest parts of guitar is just getting familiar with where the notes are, this is a great way to know not memorize your fretboard and learn each key at the same time… all without slowing you down! 🙂